After 23 days and thousands of votes, winners of the 2018 High Arts Festival visual arts film, literary art and music categories were announced at the finale celebration on Oct. 6. A crowd of hundreds gathered in the Historic Arts District to learn the winners of $32,000 in cash prizes.

Grand prize public choice winners, each receiving $3,000 are Sabrina Uranga in the visual arts category for the 2-D work Emerge, Jonathan Chiarle in the film category for the short film Final Curtain, Jimmy Miller in the literary category for prose piece Crimson Closure and The Angie Haze Project in the music category for the group song I Am, You Are, We Are Enough.

Summit Artspace on East Market was proud to be the site of the High Arts Festival Visual Arts experience again this year. 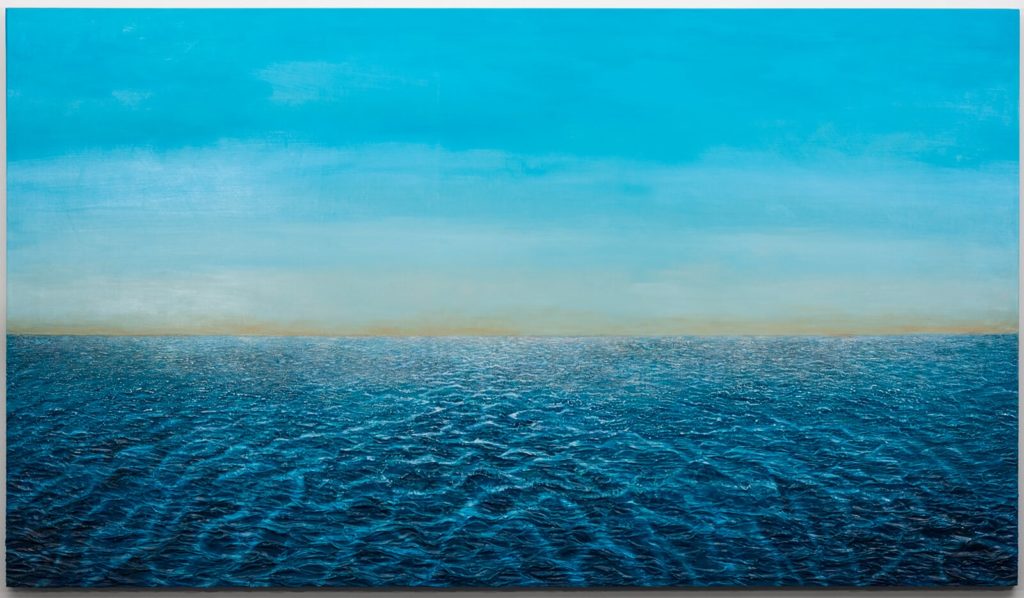 For the second year, a juried vote component is included for each of the genres with each winner also receiving $3,000. All grand prize and jury winners will go on a two-day bus tour to Chicago in October to learn from, be inspired by and network with the local arts community. 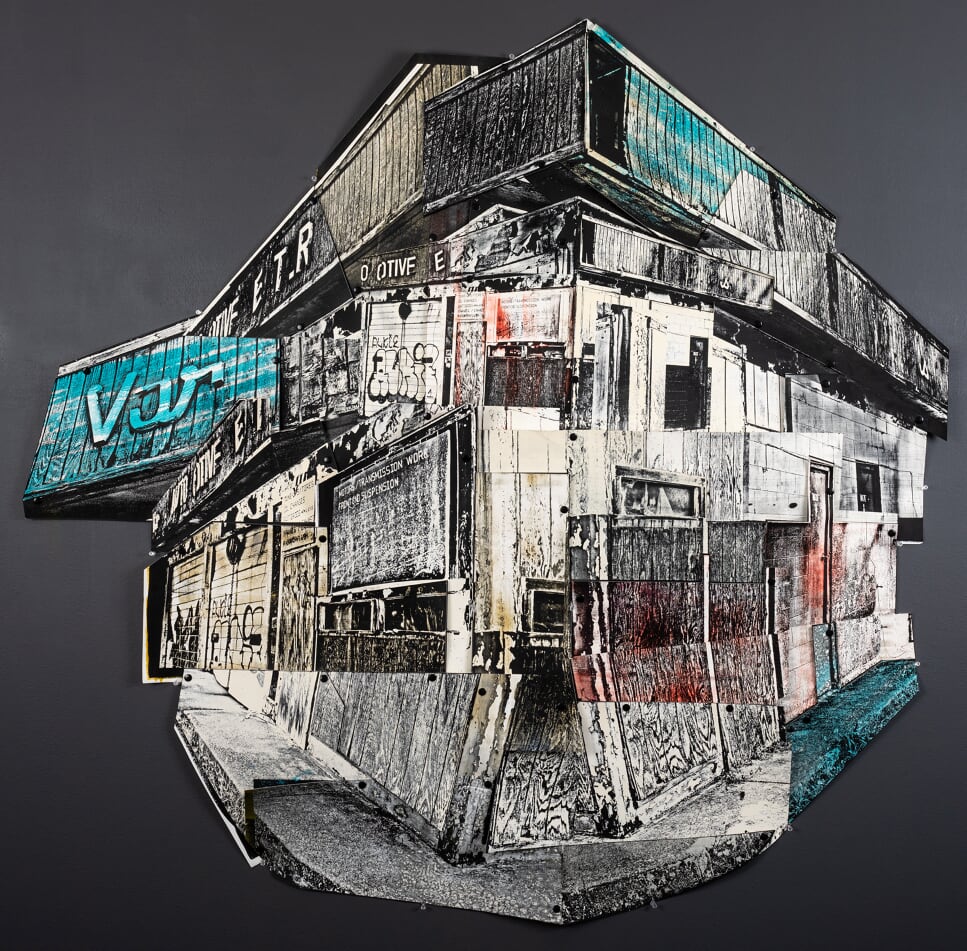 All Falling Together by Micah Kraus, pintmaking

The film jury is made up of Juan Conteras, associate professor of practice and general manager of ZTV at the University of Akron, Mary Mullane, filmmaker, production designer and founder of the Akron Film Collective, Andrew Rudd, professor of communication arts at Malone University. The juried winner selected is Jonathan Chiarle for Final Curtain.
Literary art jurors are Eris Eady, poet, consultant and intersectional advocate, Noor Hindi, managing editor of The Devil Strip and Mwatabu Okantah, poet, associate professor of the department of Pan-African studies at Kent State University. This group selected Pooja Dayal for Mother.
The music jury is made up of Dan Kane, entertainment editor of the Canton Repository, Marc Lee Shannon, singer, songwriter, guitarist, Michael Stanley & the Resonators, Chad Miller, music director of the Summit FM and Lisa Vinciquerra, production manager of the Rock & Roll Hall of Fame. This group selected STEMS for Feet in the Fire. 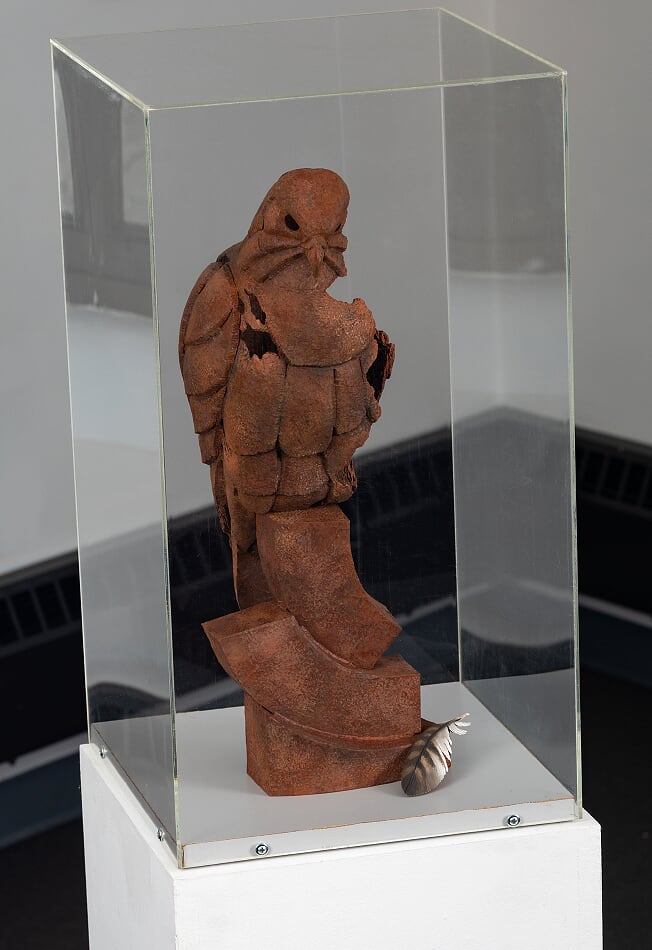 The Grief of Gaia by Tom Baldwin, wood sculpture

Additional runners up prizes in each category in the amount of $1,000 each are also awarded. In visual arts, the 2D runner up is Alexandria Couch for Embody and the 3D runner up is Tom Baldwin for The Grief of Gaia. Tom has a studio in Summit Artspace on East Market. In film, there is a tie between Nanietta Selasie Agbitor and Relentless Productions for It’s Me and Renee Dorian for Technically Connected. G.S. Schray is the super-short film runner up for Crying Person Cubicle. In literary art, Yoly Miller Heisler is the poetry runner up for To the Married Man at Table Five and Greg Milo is the prose runner up for Father’s Day +20. In the music category, Shelby Olive is the solo/duo runner up for the song, Comfortable in Chaos and STEMS is the group runner up for the song, Feet in the Fire. 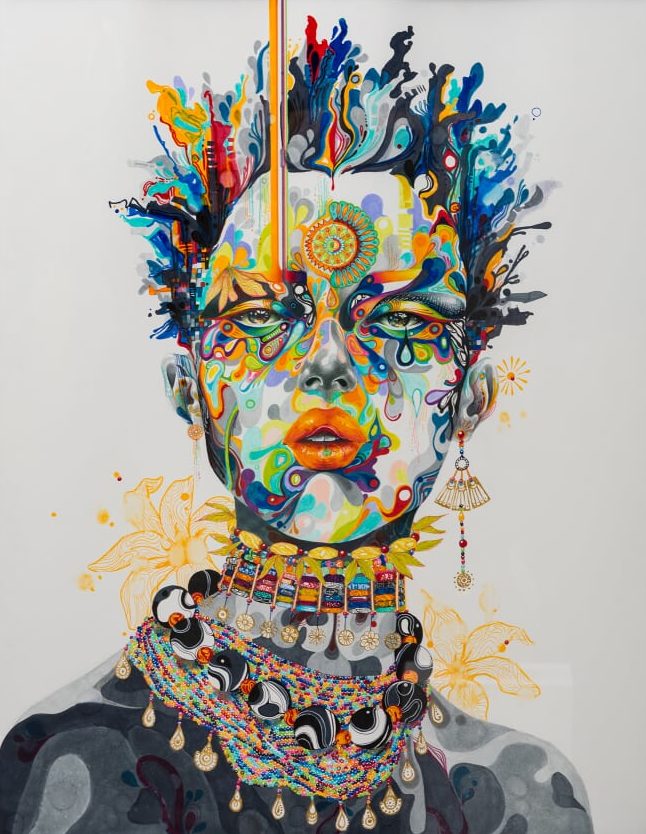 The High Arts Festival came to life as a 2016 Knight Arts Challenge winner, receiving a two-year commitment from the John S. and James L. Knight Foundation to elevate and celebrate Akron’s arts community by expanding the Akron Art Prize into a festival. Peg’s Foundation, the philanthropic organization behind the creation of Akron Art Prize, continues support of the High Arts Festival with additional support from Ohio Arts Council.
About Downtown Akron Partnership
The mission of Downtown Akron Partnership (DAP) is to promote and build a vibrant and valuable downtown. DAP is a non-profit organization dedicated to bringing people, activity, business and a thriving civic life to the heart of Akron. Through strategic marketing, clean and safe programs and management of downtown’s resources, DAP works to promote downtown as a gathering place in the center of our community.
DAP’s members include property owners, business leaders and government officials who want to improve the image of downtown as a safe, convenient location for businesses, working professionals and families. DAP is governed by a board of trustees as diverse as the interests of our city. DAP is supported by the John S. and James L. Knight Foundation, Akron Community Foundation and GAR Foundation.
Information from Downtown Akron Partnership 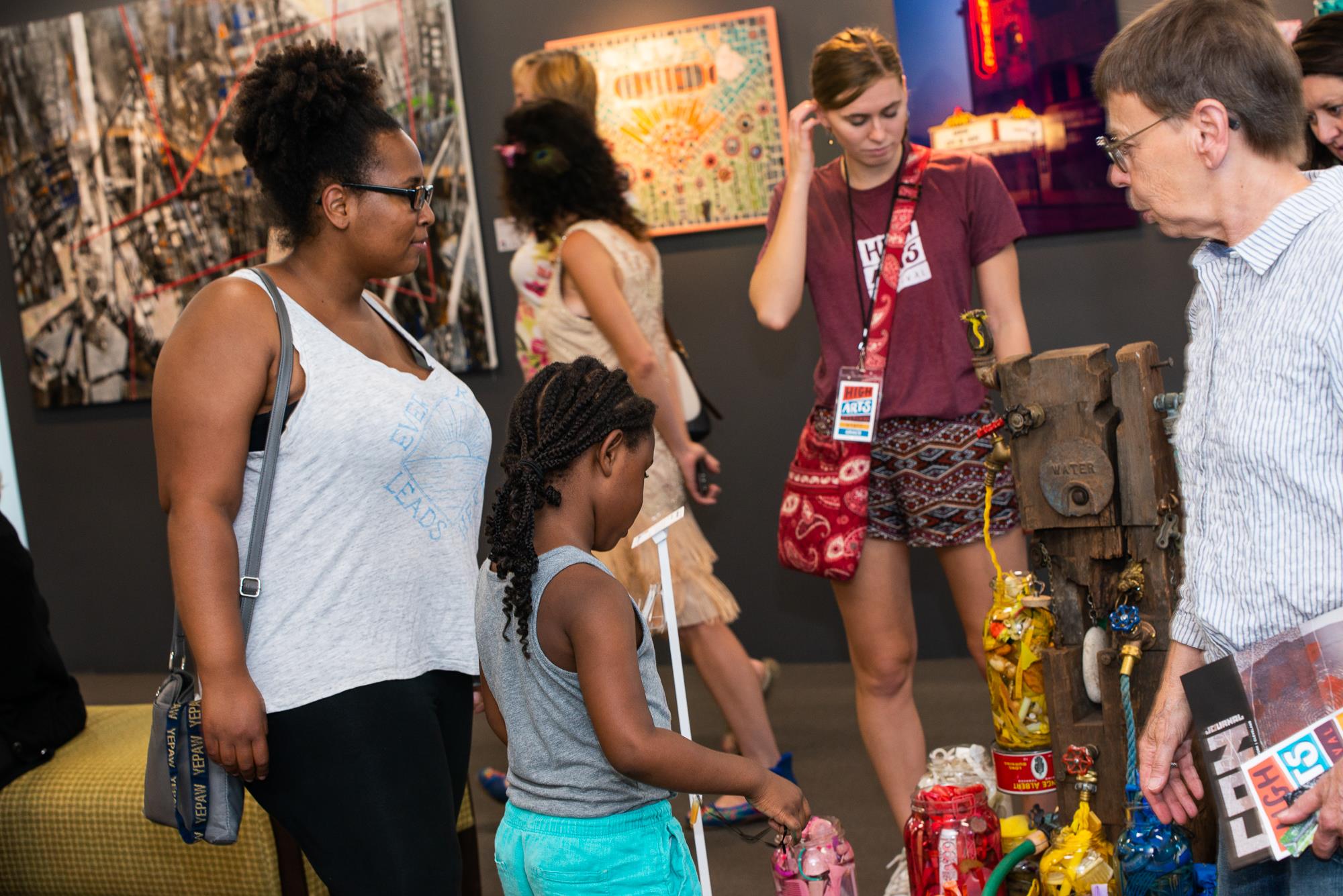